Opera Europa members didn't hesitate to take initiative to bring their symbolic or concrete support to the Ukrainian people. The list below will be updated regularly.

GERMANY
Oper Frankfurt Interview for the magazine Opernwelt with baritone Iurii Samoilov about the current situation in his home country
Theater Heidelberg Painted peace posters by the artists and workshop painters of theatre are hung around the theatre. Speech of the Artistic Director before the piece “Kirschgarten"
Staatstheater Karlsruhe Ukrainian colours on the building, solidarity statement on social media.
Oper Leipzig Ukrainian colours on the building.

ISRAEL
Israeli Opera, Tel Aviv Each performance starts with a message expressing the support of the theatre for the people of Ukraine

LATVIA
Latvian National Opera & Ballet, Riga Ukrainian flag on the building, no collaboration with artists who do not clearly condemn the Russian invasion of Ukraine.

POLAND
Polish Nationa Opera, Warsaw colours of Ukrain on the building and on stage. Publication of a general statetement of support from the Artistic Director Mariusz Trelinski

SWEDEN
Wermland Opera, Karlstadt Projection of Ukrainian colours on the curtains before the performance

THE NETHERLANDS
Dutch National Opera & Ballet, Amsterdam colours of Ukraine on the building, speech from the Directors before Eurydice - die Liebenden, blind on 5 March and minute of silence.
Festival O., Rotterdam Greek director Elli Papakonstantinou and the Ukrainian ensemble of young contemporary music artists Nova Opera shall premiere during the Festival O. next May and they are determined to make the performance happen.

GERMANY
Oper Frankfurt Museumsorchester concert on 1 March starting with the Anthem and one minute of silence
Theater Heidelberg Played the anthem on the symphony concert on 27 February
Aalto Theater, Essen joined the initiative of Deutsche Orchestervereinigung to play the newly composed PIECE UKRAINA from Ukrainian composer Eduard Resatsch

POLAND
Polish Nationa Opera, Warsaw Employees with the help of local authorities are collecting essential items to be sent to people in need.

THE NETHERLANDS
Dutch National Opera & Ballet , Amsterdam Participating in the #hArtforUkraine campaign with the possibility to donate via the DNOB website

GERMANY
Oper Frankfurt Streamed fundraising concert on 10 March, proceeds will go to Nothilfe Ukraine
Theater Heidelberg Benefit Gala involving all artists and the Mayor of Heidelberd on 13 March. Proceeds will be given to Deutsche Ukrainische Gesellschaft
Oper Köln Solidarity Concert on 7 March “Singing for Freedom”. Donations for Südstadt Leben e.V. and UNICEF
Staatsoper Hamburg Solidarity concert on 12 March with the participation of Ukrainian artists. Proceeds will go to food and medicine for the Ukrainian civilian population.
Theater Magdeburg solidarity Mozart Requiem concert on 19 March and additional performance of Grete Minde. The proceeds will go to a fund to support medicines, trucks and necessary items for Saporizhzhia, twin city of Magdeburg.

FRANCE
Théâtre du Châtelet, Paris has organised a Exceptional evening in support of the Ukrainian people with the Kiev City Ballet and dancers from the Opéra national de Paris on 7 March. All proceeds have been donated to Acted and La Croix Rouge.
Opéra National de Lorraine, Nancy Solidarity concert for peace and in support to the Ukrainian people on 10 and 11 March. Proceeds will go to FACECO - Action Ukraine.
Opéra Comique, Paris Solidarity concert on 20 March, the proceeds will all go to UNICEF.

ITALY
Fondazione del Teatro Grande di Brescia Extraordinary concert for the Ukrainian population, on 23 March. The entire proceeds of the concert with the artists Joshua Bell and Shai Wosner, will go to the special Ukraine fund of the Croce Bianca in Brescia for humanitarian purposes.

SWEDEN
Royal Swedish Opera, Stockholm Donation of the revenue created by the performance of 6 March to SOS Children’s Village in Ukraine. Recording of a Ukrainian song, with invitation to make a donation.

GERMANY
Theater Magdeburg had already organised a Ukrainian Festival back in 2015 in response to the inviasion of Crimea and foresees to collaborate again with Ukrainian artists. The theatre is also trying to support Ukrainian refugee musicians, and are in the process of giving a part-time contract to a violonist who used to ork at the National Opera in Kyiv.
Oper Leipzig has kept a guest Ukrainian bass in its Ensemble to protect him to go home to Kyiv.

LITHUANIA
Lithuanian Opera & Ballet Theatre, Vilnius has announced to help ukrainian musicians, singers and dancers who felw from their country.

POLAND
Polish Nationa Opera, Warsaw has made flats, rooms and some ofice spaces temporarily available to mothers and children fleeing Ukraine. Employees have welcomed refugees at their homes. Employees have volunteered to animate projects for refugees (Polish and English classes, trip to the zoo or to the cinema...).

SPAIN
Intermezzo, Astigarraga have announced their will to help choir members from Ukrainian opera houses to find a way to work in Spain during the war.

FINLAND
Finnish National Opera & Ballet, Helsinki Creation of the Facebook page “Songs for Ukraine” to reach out to the opera community, where every opera house can post its own musical greeting.

ICELAND
Icelandic Opera, Reykjavik Creation of a Facebook-page We sing for Ukraine, gathering recordings of soloists and choirs singing their support to Ukraine 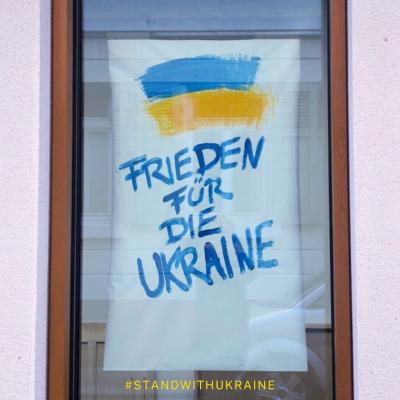 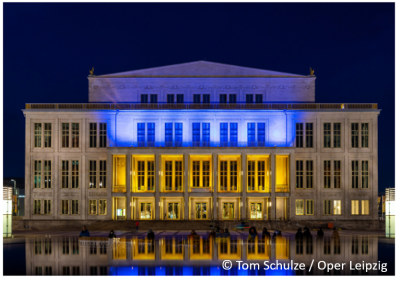 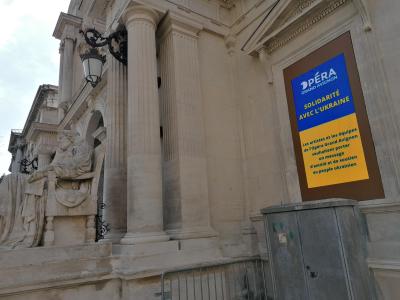 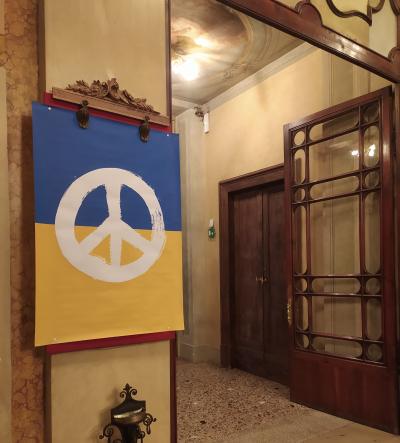 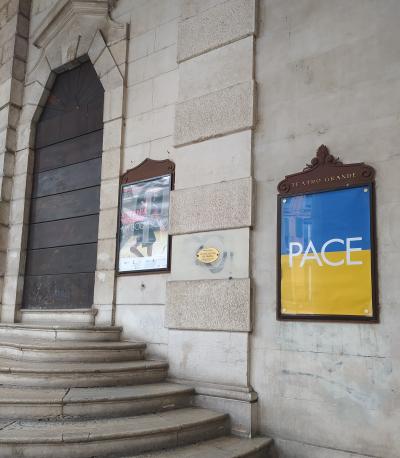 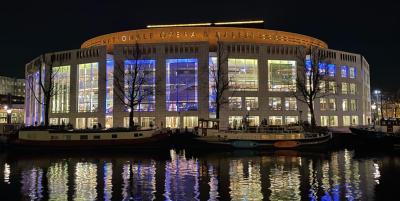 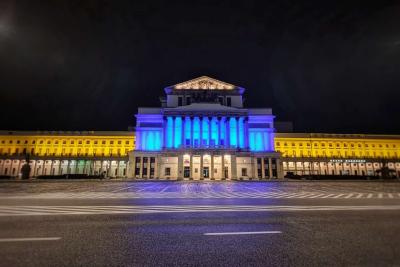 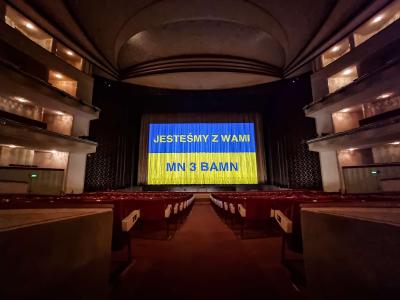 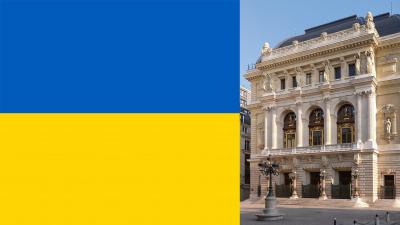